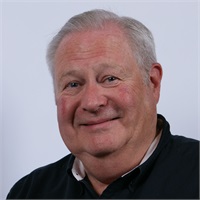 Bob Asher is a native of Portland graduating from Grant High School. He then received a degree from Oregon State in Accounting and Finance where he was a member of the Kappa Sigma Fraternity. Bob’s college summers were spent skippering a charter fishing vessel off the Oregon coast

Bob spent many years volunteering on the Mt. Hood Ski Patrol.  He is still an active volunteer with the Civil Air Patrol as a Flight Instructor and with Kiwanis supporting the Mt. Hood Camp for handicapped children.